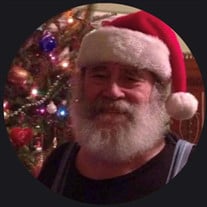 Bert Stephens was born in Las Animas, Colorado on 3/5/1943, the son of Herbert Gust Stephens and Florence Geneva Fizer Stephens. Bert was raised on a farm, where he learned how to operate heavy farm equipment at an early age. He was also pretty good on a horse. Bert acted as a substitute brother to his cousins, Mary Agnes "Susie" Burley and Roberta Lea Hasui. Bert attended elementary school at Melonfield Country School and graduated from Bent County High School in 1961. Bert joined the US Navy immediately after high school and served 2 years out of San Diego where he toured the Pacific. After the Navy, Bert returned to Colorado and worked at the VA hospital while attending Otero Jr College. Bert also got his pilot's license and became a flight instructor at La Junta municipal airport, where he earned the nickname Blackbeard the Pilot. In 1977, Bert asked Starr Preston Williams, a woman from work, "Wanna try something hot?" This wasn't a smooth pickup line, he was just offering her some of his homemade salsa. Bert and Starr married on 12/10/1977. They had a daughter, Sarah-Elizabeth "Stanley" Stephens, on 12/23/1979. Bert adopted Starr's daughter, Peyton, in 1992. Bert, Starr, Sarah-Elizabeth, and Peyton moved to Mars Hill, NC in 1980. This is where Bert learned about fireflies, wild blackberries, and the nightmare of some virtually-invisible insects called chiggers. Bert also rediscovered a childhood love of biscuits, and he worked for years to perfect his own recipe. Take a mound of White Lily self-rising flour with a fist-sized dent in the middle, add just enough heavy cream, mix as little as possible into a dough, roll and cut into circles with a juice glass, bake at about 450 for around 10 minutes, but keep an eye on things, and brush tops with melted butter. Bert was an excellent cook, especially when it came to Mexican food, and he even made his own corn tortillas. Bert could drive anything from a jackass to a 747. Bert taught his daughters to drive and to do many of their own auto repairs. Bert continued his studies in humanities at UNC-A. Bert retired and moved with Starr to Erwin, TN in 2003. Bert always said to be sure to carry a deck of cards with you, wherever you go. If you ever get lost, just sit down and start playing solitaire. In no time, someone will come along to tell you what move to make next. Bert passed away peacefully in his sleep on 5/15/2022. We made sure he had a fresh deck of cards with him. Blackbeard has been cleared for takeoff. Condolences and memories may be shared with the family and viewed at www.valleyfuneralhome.net or on Facebook at FuneralHomeErwin. These arrangements are made especially for the family and friends of Bert Alton Stephens through Valley Funeral Home, 1085 N. Main Ave., Erwin, 423-743-9187.

Bert Stephens was born in Las Animas, Colorado on 3/5/1943, the son of Herbert Gust Stephens and Florence Geneva Fizer Stephens. Bert was raised on a farm, where he learned how to operate heavy farm equipment at an early age. He was also pretty... View Obituary & Service Information

The family of Bert Stephens created this Life Tributes page to make it easy to share your memories.

Send flowers to the Stephens family.