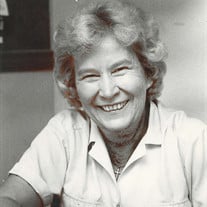 Jane Cook Robinette Barefoot On December 30, 2020, Jane Barefoot died peacefully at Christian Care Center of Erwin, TN, after a brief illness. She was 91 years of age. Born January 10, 1929 in Atlanta, Georgia, she was one of five children of Charles Armstrong Cook and Leila Lee Cook. Jane was predeceased by her parents, three brothers, her husband of twenty-five years, Graham Ballard Barefoot, and she was predeceased by her former husband and father of her children, Rodney Lee Robinette, who died in 1973. She is survived by her children: Mary Catherine Robinette of Charlotte, N.C; Sarah Robinette Shults and husband, Douglas of Erwin, Tennessee; Rodney Lee Robinette, Jr. and wife, Kelly, of Charlotte, North Carolina; four grandchildren: Ryan and Mitchell Robinette and Mary Beth and Conly Shults (wife Elissa); one great-grandson, River Lee Robinette, who was the apple of her eye; and numerous stepchildren, step-grandchildren, nieces and nephews. She is also survived by her brother Ashby Cook (wife Marsha) of Savannah, GA, and a sister-in-law, Dorothy Cook of Atlanta, GA. Jane had a master's degree in Education from the University of North Carolina, at Charlotte. She spent 50 plus years as a professional in numerous non-profit vocations by working in various juvenile courts, for Consumer Credit Services, in many churches and as chaplain for hospice in Wilmington, NC. Specifically, she served as Director of Christian Education at churches in Atlanta, Georgia, Boca Raton, Florida, and Wilmington, N.C. She was the first Commissioned Lay Pastor in Wilmington Presbytery and in Coastal Carolina Presbytery, always serving joyfully in small churches and leading some congregations for years. She was the first Guardian ad Litem in New Hanover County, N.C. in 1981 and served in this role in numerous courts for many years. Later, Jane shifted her energy to LifeCare hospice of Wilmington, NC, where she was the Coordinator of Spiritual Care and Bereavement Services for Lower Cape Fear Hospice and LifeCare Center, Director of Sunrise Counseling Center, and as Bereavement Counselor. After retirement, she enjoyed spending more time with her family and she honed her skills as a poet. After being widowed for the second time, she moved to Erwin, TN, where she joined Erwin Presbyterian Church and was a member of the Erwin Monday Club. She always found great joy in life's simple moments, and she lived life to the fullest. As she advanced in years, she did not allow age to slow her. Her Memorial Service will be held at Erwin Presbyterian Church and led by Rev. Stan Webster. Due to the COVID pandemic, the service is private. The family wishes to especially thank the nurses and staff at Christian Care Center of Erwin. They showed her compassion and kindness daily and kept her safe. Burial will be in Charlotte, N.C. In lieu of flowers, memorials may be made to Lower Cape Fear LifeCare, 1414 Physicians Drive, Wilmington, NC 28401, to Erwin Presbyterian Church, 105 N. Elm Ave, Erwin, TN, or the charity of one's choice. Condolences and memories may be shared with the family and viewed at www.valleyfuneralhome.net or on Facebook at FuneralHomeErwin. These arrangements are made especially for the family and friends Jane Cook Robinette Barefoot through Valley Funeral Home, 1085 N. Main Ave., Erwin, 423-743-9187.

Jane Cook Robinette Barefoot On December 30, 2020, Jane Barefoot died peacefully at Christian Care Center of Erwin, TN, after a brief illness. She was 91 years of age. Born January 10, 1929 in Atlanta, Georgia, she was one of five children... View Obituary & Service Information

The family of Jane R. Barefoot created this Life Tributes page to make it easy to share your memories.

Send flowers to the Barefoot family.