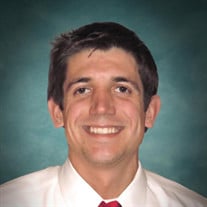 Christopher Ryan Sewell A young man of 31 years, whose destiny was yet complete, passed away on November 13, 2019. He was born in Humble, Texas on August 24, 1988. Chris and his parents resided in Houston and Dallas, Texas before moving to a family home in Erwin, Tennessee. Chris attended St. Mary's Catholic School and later graduated from Science Hill High School in Johnson City, Tennessee. Chris started his college career at the University of Tennessee Chattanooga/Knoxville. He attended the Bill Gatton College of Pharmacy at East Tennessee State University in Johnson City before seeking a degree in Neuroscience and Psychology at the University of Tennessee. Chris was a member of Lambda Chi Alpha Fraternity at the University of Tennessee Chattanooga. He was involved in the Kappa Psi Pharmaceutical Fraternity at the Bill Gatton College of Pharmacy. Chris was recently inducted into the National Honor Society for Neuroscience at the University of Tennessee. Chris was active member of the Boy Scouts of America where he achieved Rank of Eagle Scout. He was instrumental in the construction of an obstacle fitness course in his hometown. He also participated in the Kappa Psi Pharmaceutical Fraternity where he oversaw "Boy Scout Day" Philanthropy, Bristol Motor Speedway Fundraising Event and Katie's Kids Philanthropy to support underprivileged children during the holidays. Chris enjoyed musical concerts, reading, weightlifting, playing golf and spending time with friends and family. As a close friend stated, "the world seems a lot colder and less humorous without our sweet friend, Chris Sewell. He was genuine, true, and one of the smartest men I've ever known". He was preceded in death by his maternal grandparents, Curtis Reginald Riley Sr. and Glenna Sawyer Riley of Saraland, Alabama. He was also preceded in death by his grandfather, Jackson Lamar Sewell Sr. and step grandfather James Sewell. Chris is survived by his loving parents, Ellen Riley Sewell and Jackson Lamar Sewell, fraternal grandmother, Laveda Sewell, and loving Aunts, Brenda Shumpert, Glenna Lynne Riley and Uncles, Tom Shumpert and Curt Riley; Cousins; Jennifer Riley Coyle, Jessica Riley McArthur, John "JD" Shumpert and Jim Shumpert. Chris's life was shortened before he achieved all his goals of career and family. He leaves behind a legacy of determination, success, and many loving memories of a hopeful aspirations that will always be remembered by those who loved him. Chris you are a man never to be forgotten. Your laughter, your smile and your witty since of humor will be missed. Your family and friends will meet you again in heaven. Please join the family in the celebration of life of Christopher Ryan Sewell. The funeral will be held in the chapel at Valley Funeral Home on Monday, November 18, 2019. Reverend Stan Webster will officiate. Musical selections will be provided by Kayla King and Zack Ross. A visitation period will be held from 4:00 pm to 6:30 pm with services at 6:30 pm. A graveside committal service will be held at 11:00 am on Tuesday, November 19th at Urbana Cemetery, Limestone, Tennessee. In lieu of flowers, the family request the memorial donations be made to Erwin Presbyterian Church, 105 N. Elm Ave., Erwin, Tennessee 37650. Condolences and memories may be shared with the family and viewed at www.valleyfuneralhome.net or on Facebook at FuneralHomeErwin. These arrangements are made especially for the family and friends of Christopher Ryan Sewell through Valley Funeral Home, 1085 N. Main Ave., Erwin, 423-743-9187

Christopher Ryan Sewell A young man of 31 years, whose destiny was yet complete, passed away on November 13, 2019. He was born in Humble, Texas on August 24, 1988. Chris and his parents resided in Houston and Dallas, Texas before moving to... View Obituary & Service Information

The family of Christopher Ryan Sewell created this Life Tributes page to make it easy to share your memories.

Send flowers to the Sewell family.