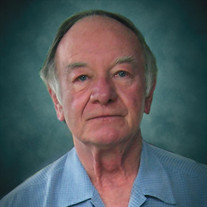 Dr. Edgar "Ed" K. Cunningham, age 76, of Erwin, TN, passed away after a long illness, on Thursday, April 19, 2018, at NHC in Johnson City, TN. He was born in Greeneville, TN, and graduated from Greeneville High School 1959; Served in the United States Marine Corps from 1959-1963; Graduated from ETSU in 1967, and in 1974 graduated from The University of TN College of Dentistry located in Memphis, TN. Prior to going to dental school, Ed had various jobs, including being a teacher in Greeneville, TN, from 1967-1971. In 1975, Dr. Cunningham opened his private dental practice in Erwin, TN, that eventually moved to the Main Avenue location. He worked at his beloved dental practice until his retirement in 2016 due to health reasons. He considered his patients to be more like friends and family than clients. He was a Charter Member of the Unicoi County Rotary Club and was an active member for 20+ years. He was preceded in death by his parents Ed and Bertha Cunningham of Greeneville, TN. He is survived by his sons, Dr. Jason Cunningham (wife Dr. Angela Cameron) of Johnson City, TN, Christopher Cunningham of Knoxville, TN; Grandchildren: Andrew and Alexis Cunningham of Johnson City, TN, and his brother Dr. George Cunningham (wife Marilyn) of Mountain City, TN. Ed was known for his kind heart, generous spirit, sense of humor, and practical jokes. He had a love and passion for God, his family, his community, his country, the Marine Corps, the Rotary Club, and U.S. History. In his spare time, he enjoyed collecting Civil War Battlefield Relics, fishing on Watauga Lake, and cheering for the UT Vols. His presence in our family and community will be greatly missed. A private funeral service and burial was held previous to this announcement (as per Ed's wishes). In lieu of flowers, memorial donations may be made to: The Unicoi Country Rotary Club, C/o Dr. Ed Cunningham Memorial, 510 N. Main Ave, Erwin, TN 37650. His family would like to extend a special thank you for the outpouring of Christian love, support, and prayers during this difficult time. Condolences and memories may be shared with the family and viewed at www.valleyfuneralhome.net or on Facebook at https://www.facebook.com/ValleyFuneralHomeErwin. These arrangements are made especially for the family and friends of Dr. Edgar "Ed" K. Cunningham through Valley Funeral Home, 1085 N. Main Ave., Erwin, 423-743-9187.

Dr. Edgar "Ed" K. Cunningham, age 76, of Erwin, TN, passed away after a long illness, on Thursday, April 19, 2018, at NHC in Johnson City, TN. He was born in Greeneville, TN, and graduated from Greeneville High School 1959; Served in the United... View Obituary & Service Information

The family of Edgar K. Cunningham created this Life Tributes page to make it easy to share your memories.

Send flowers to the Cunningham family.