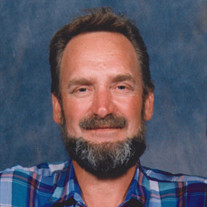 Gary Dean English, age 76, of Erwin, lost his latest battle with cancer on Saturday, September 12, 2020, at his home with his loving wife of 55 years, Mary Elizabeth (Williams) English, by his side. He voluntarily enlisted in the United States Navy and proudly served during the Vietnam War. He pursued many concurrent employment opportunities, including heavy equipment operator, logger, welder, trucker, co-owner/operator of Main and Third Shell, and Jessie Dean Equipment. He retired from the Unicoi County Highway Department. A lifetime member of the Southside Volunteer Fire Department, he served on the Board of Directors until his passing. He was a member of Mountain Dale Free Will Baptist Church. His greatest enjoyment, other than his grandchildren, was flying ultralight aircraft. He became a USUA Authorized Basic Flight Instructor in order to share his love of ultralights with others. The many hours he spent at Deckers Airfield and other grass strips were the most enjoyable of his life, surrounded by family and friends who shared his love of flying. As his health worsened, he held to those precious memories and all who contributed to them. He was preceded in death by his father, Glen English and mother, Georgie (Lewis) Williams. In addition to his loving wife, Gary leaves behind to cherish his memory his adored family members: Sister: Glenna Kay Effler; Children: Michelle Zundel, Janet and Howard Townsend; Grandchildren: Zane and Courtney Zundel, Jesse Zundel and Alicia Gordon, Brian and Jennifer Townsend, and Samantha and Derrick Townsend; Six beloved great-grandchildren; and several nieces and nephews. The family would like to offer special thanks to the staff of James H. Quillen VA Medical Center, Ward B(Ground Floor), and Caris Hospice staff. The loving care received during this difficult time was greatly appreciated. The family respectfully requests the honor of your presence as we offer tribute and remember the life of Gary Dean English in a funeral service to be held at 7:00 pm on Wednesday, September 16, 2020, in the chapel at Valley Funeral Home. Reverend Tommy Hensley will officiate. A visitation period to share memories and offer support to the family will begin at 6:00 pm and continue until service time of Wednesday, September 16, 2020 in the chapel at Valley Funeral Home. A graveside committal service will be held on Thursday, September 17, 2020 in Mountain Home National Cemetery. Those attending should meet at Mountain Home National Cemetery by 10:50 am for the service. Serving as active pallbearers will be: Jeff Bryant, John Hileman, Brian Townsend, Derrick Townsend, Howard Townsend, Jesse Zundel, Zane Zundel. In lieu of flowers, memorial donations can be made in Gary's name to the American Cancer Society, P.O. Box 22478, Oklahoma City, OK 73123. Condolences and memories may be shared with the family and viewed at www.valleyfuneralhome.net or on our Facebook page at www.facebook.com/ValleyFuneralHomeErwin. These arrangements are made especially for the family and friends of Gary Dean English through Valley Funeral Home, 1085 N. Main Ave., Erwin, 423-743-9187.

Gary Dean English, age 76, of Erwin, lost his latest battle with cancer on Saturday, September 12, 2020, at his home with his loving wife of 55 years, Mary Elizabeth (Williams) English, by his side. He voluntarily enlisted in the United States... View Obituary & Service Information

The family of Gary Dean English created this Life Tributes page to make it easy to share your memories.

Send flowers to the English family.