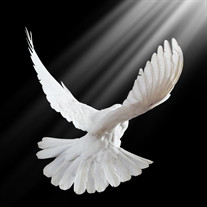 Howard McIntosh, age 82, of Flag Pond, went home to be with his Lord and family, on Friday, January 5, 2018 at Sycamore Shoals Hospital. Howard was a native of North Carolina and a son of the late Richard and Axie (Fender) McIntosh. He was a veteran of the United States Air Force and was retired from the Unicoi County Highway Department. Howard enjoyed growing fruits and vegetables and hunting ginseng. He enjoyed being around his family, especially his grandchildren, and loved watching sports and reading the Bible. He was a God fearing man, a loving husband, father and grandfather who was highly intelligent and always shared loving words with family and friends. In addition to his parents, Howard is preceded in death by his wife of 48 years, Vonda Lee McIntosh and one brother, Garland McIntosh. Howard McIntosh has left behind to cherish his memory: Daughter: Rachel McIntosh, of the home; Sons: Marcus McIntosh and wife Christine, of Flag Pond; Lucus McIntosh and wife Theresa, of Bristol, TN; Grandchildren: Shane McIntosh and wife Christy, of Erwin; Jessie McIntosh; Great-grandchildren: Angel McIntosh, of Flag Pond; Noah McIntosh; Marrie McIntosh; Lillie McIntosh; Sisters: Pauline Rice, of Erwin; Martha (McIntosh) Ricker, of Erwin; Brothers: Kenneth McIntosh and wife Dorothy, of WV; Foy McIntosh and wife Nancy, of Kingsport; Andy "A. D." McIntosh and wife Debbie, of Jonesborough; Special cousin: James Brown Hensley; Several nieces and nephews. The family wishes to extend special thanks to James Brown Hensley for being there in their time of need. And to Mountain States Hospice and all other family members who extended help. The family will offer tribute and remember the life of Howard McIntosh in a committal service to be held at 1:30 PM on Tuesday, January 9, 2018 in Evergreen Cemetery. Reverend Jerry Keasling will officiate. A visitation period to share memories and offer support to the family will be held from 11:00 AM until 1:00 PM, in the chapel at Valley Funeral Home. Those attending the committal service will meet at Valley Funeral Home by 1:00 PM on Tuesday, January 9, 2018, to go in procession. Pallbearers will be notified. Condolences and memories may be shared with the family and viewed at www.valleyfuneralhome.net or on Facebook at https://www.facebook.com/ValleyFuneralHomeErwin. These arrangements are made especially for the family and friends of Howard McIntosh through Valley Funeral Home, 1085 N. Main Ave., Erwin, 423-743-9187.

Howard McIntosh, age 82, of Flag Pond, went home to be with his Lord and family, on Friday, January 5, 2018 at Sycamore Shoals Hospital. Howard was a native of North Carolina and a son of the late Richard and Axie (Fender) McIntosh. He was... View Obituary & Service Information

The family of Howard McIntosh created this Life Tributes page to make it easy to share your memories.

Send flowers to the McIntosh family.