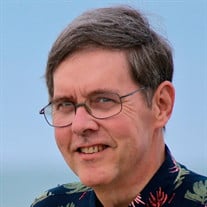 On Tuesday evening, March 3, 2020, James S. Pate (Jim), while in the comfort of his wife and daughters and after a brief and devastating battle with cancer, passed from his earthly home into the presence of Jesus Christ, his Lord and Savior. He was joyfully reunited with his daddy and little brother, Keith. Throughout his illness, his faith was a testament to all who knew him as he clung to Romans 8:18, "For I consider that the sufferings of this present time are not worth comparing with the glory that is to be revealed to us." Jim was born in Erwin, Tennessee, on December 13, 1955, to Betty Foster Pate and the late Tommy John Pate. Jim graduated from the University of Tennessee, Knoxville, with a Doctorate of Jurisprudence in May 1979. Upon returning home, Jim formed a successful law firm with Paul Sherwood. While practicing law, Jim was appointed chief legal counsel for the Unicoi County Memorial Hospital. Shortly after, he became the hospital's Chief Operating Officer and was later appointed Chief Executive Officer. During his tenure as CEO, Jim had a vision for improving the quality and delivery of healthcare to the citizens of Unicoi County. He saw the fulfillment of many of his goals, including the expansion of hospital services and the recruitment of physicians. In 2012, Jim returned to practicing law, serving many of the county's citizens and often providing services pro bono to those in need. One of the most prominent aspects of Jim's life was his faith and service to others. Jim accepted Jesus into his life at an early age. He served Shallow Ford Baptist Church as a deacon, treasurer, trustee, Sunday School teacher, youth director and mentor to several young people. He served his community as a board member for the Chamber of Commerce, he was a member of the Unicoi County School advisory board, he helped build trails and the pool at Rock Creek park, and he was a YMCA youth basketball coach. Jim was a devout family man, and his love for and commitment to his family was apparent in his day-to-day life. In April 1979, Jim married Cathy Buchanan, and over the next several years they became the parents of three beloved and strong daughters. Jim loved his daughters unconditionally and used every opportunity to teach them, both from his vast knowledge and from life events. He is survived by his devoted wife who gave him love and care all his life, but most especially during his final and most challenging days. He is also survived by his daughters, Allison Athon, Whitney Pate (Audrea Miller) and Kelly Pate. Additionally, he is survived by his son-in-law, Todd Athon. Todd's love and devotion to Jim and the rest of the family truly made him the son he never had. The most pronounced joy in Jim's days came from his two lovable and beautiful grandchildren, Callie and Tess Athon. The love these three shared was visible anytime they were together, and the mention of Callie and Tess's names brought a smile to Jim's face even in his darkest and final moments. Jim also had a close knit extended family left to cherish his memories, including his mother, Betty, and his sisters Karen (Frank) Gentry and Janie (Tim) Love. He has numerous aunts and uncles, including Anderson (Unk) and Ann Pate, with whom he shared a strong bond. They offered tremendous support to him and his family. Jim also leaves several nieces, nephews, and cousins. The family wishes to express appreciation to Jim Aderhold, Tammy Tipton, Mark Peterson, Becky Edens, and Susan Peake, who provided care during his illnesses. There will be a time of visitation with family and friends on Saturday, March 7, 2020, from 5-7 PM at Valley Funeral Home, 1085 N. Main Avenue, Erwin. A service will follow. Pastor Zach Smith will officiate, and musical selections will be provided by Jamie Tipton. Honorary pallbearers are Jamie Tipton, Jack Tipton, Lee Edwards, Rusty Edwards, Allan Sutphin, Matthew Sutphin, Ryan Love, and the deacons of Shallow Ford Baptist. For those wishing to make a donation in lieu of flowers, please send those to Shallow Ford Baptist Church General Fund, 315 Old Highway Road, Erwin. Condolences and memories may be shared with the family and viewed at www.valleyfuneralhome.net or on our Facebook page at www.facebook.com/ValleyFuneralHomeErwin. These arrangements are made especially for the family and friends of James S. (Jim) Pate through Valley Funeral Home, 1085 N. Main Ave., Erwin, 423-743-9187.

On Tuesday evening, March 3, 2020, James S. Pate (Jim), while in the comfort of his wife and daughters and after a brief and devastating battle with cancer, passed from his earthly home into the presence of Jesus Christ, his Lord and Savior.... View Obituary & Service Information

The family of James S. Pate created this Life Tributes page to make it easy to share your memories.

Send flowers to the Pate family.