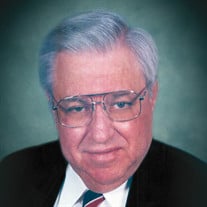 Joe Earl Frazier, age 83, of Erwin, passed away peacefully at home surrounded by family, on Sunday, May 28, 2017. Except for his years in military service, Joe was a lifelong resident of Erwin. He attended public schools in Erwin, enjoyed being a member of the band and graduated from Unicoi County High School in 1951. He served in the United States Navy (1951 - 1954) with Fighter Squadron 114 in Korea and received his commission as Lieutenant in the United States Army Reserve in 1961. Joe was a 1957 graduate of East Tennessee State University (B.S. and Teaching Certificate). Upon graduation, he worked in the accounting department for Clinchfield Railroad until the 1970's. He served on Erwin's Board of Mayor and Alderman and was hired as the City Recorder in the early 1970's. He was active in local politics and belonged to several benevolent organizations, including the Kiwanis Club and the Freemasons. He retired from city service in May 1993. Joe was a member of Ninth Street Baptist Church. He was preceded in death by his parents, Rosa and Joseph Carrol Frazier; his sisters Velma Burrell Clark, Elizabeth Elliott, and Hazel Brown; and his brother, Porter Frazier. He is survived by his wife of 60 years, Patricia Ledford Frazier; sons Toney J. Frazier and wife Sandy of Boone, NC, and Ashley E. Frazier of Charlotte, NC. He is also survived by a brother, Benny Carroll Frazier, sister-in-law Carolyn Joyce Edwards, brother-in-law Bruce Ledford and a number of nieces, nephews and cousins. His family and others will remember his ready laugh, kind heart, generosity and devotion to his family and friends. The family is grateful to the nurses of Amedysis Hospice Care of Elizabethton and to Doctor Gordon Moughon for their sustaining, loving care. In lieu of flowers, the family requests memorial gifts to the capital improvements fund at Ninth Street Baptist Church, 310 9th Street, Erwin, TN 37650. The family respectfully requests the honor of your presence as we offer tribute and remember the life of Joe Earl Frazier in a memorial service to be at 2:00 PM, Thursday, June 1, 2017 in the chapel at Valley Funeral Home. Brother Rick Babin will officiate. Eulogy will presented by Russell Brackins. Musical selections will be provided by Teresa Treadway and by the Ninth Street Quartet. A visitation period to share memories and offer support will begin at 12:00 PM and will continue until service time on Thursday. The family will attend a private committal service at a later date. Condolences and memories may be shared with the family and viewed at www.valleyfuneralhome.net or on Facebook at https://www.facebook.com/ValleyFuneralHomeErwin. These arrangements are made especially for the family and friends of Joe Earl Frazier through Valley Funeral Home, 1085 N. Main Ave., Erwin, 423-743-9187.

Joe Earl Frazier, age 83, of Erwin, passed away peacefully at home surrounded by family, on Sunday, May 28, 2017. Except for his years in military service, Joe was a lifelong resident of Erwin. He attended public schools in Erwin, enjoyed being... View Obituary & Service Information

The family of Joe Earl Frazier created this Life Tributes page to make it easy to share your memories.

Joe Earl Frazier, age 83, of Erwin, passed away peacefully at...

Send flowers to the Frazier family.