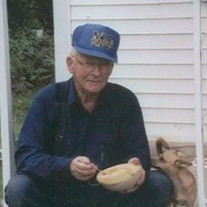 Dad's Obit…. Jonathan Landon "J.L." White Jr., was born November 12, 1922 to Maggie and Jonathan Landon White. J.L. was born and raised in Erwin, Tennessee. Dad was drafted into the U.S. Army in 1942 as an Automatic Rifleman/Rifle Expert with the Railsplitters, Company A, 333rd Infantry, 84th Infantry Division. Dad served in the European Theatre, and was injured in his 9th battle...The Battle of the Bulge in 1945. Medals earned include: Purple Heart, E.A.M.E. Campaign Medal with three Bronze Battle Stars; American Theatre Medal; Good Conduct Medal; Victory Medal; Combat Infantry Badge, and the Expert Infantryman Badge. Bronze Medal. He is included in a book by Ken Ford, Assault on Germany: The Battle for Geilenkirchen. Dad was described as "someone who never seemed to get rattled, and could always be relied on; he personified the "Tennessee Volunteer." When Dad returned from the war, he and our mother were married April 3, 1946. She was the love of his life. During their 61 years together, Dad worked for Jones and Laughlin Steel Corp, Detroit, Michigan, and was employed with Hoover Ball Bearing until his retirement in 1985. Before and after retirement, Dad loved gardening, and enjoyed giving his fruits and vegetables to family and friends. Dad was a member of Fishery Community Church. Preceded in death by our Mom, Jean Ross Buckles-White. Mom and Dad were married for 60 years before her death in 2007; Brothers, Lloyd, Ray, Herman, Howard and Gene Ed; Sisters, Alta, Madge, Mae, Hattie, Mamie, Nell, and Pauline. Survived by one sister, Loretta; three daughters, Brenda Shaw (Dennis), Spokane, WA; Cheryl White-White (Ray), Erwin, TN; Vanessa White, Erwin. TN; two sons, Jay White, Erwin; Glenn White (Lisa), Erwin. Eleven grandchildren, and eleven great grandchildren. The family would like to offer special thanks to the Center on Aging and Health for care given to our dad and especially to special care givers: Beverly, Ann and Carl. Also, to special niece Susan White Gardner. The family respectfully requests the honor of your presence as we offer tribute and remember the life of Jonathan Landon "J.L." White Jr. in a funeral service to be held at 8:00 PM on Sunday, April, 15, 2018 in the chapel at Valley Funeral Home. A visitation period to share memories and offer support to the family will begin at 6:00 PM and continue until service time on Sunday. A committal service will be held at 2:00 PM on Monday, April 16, 2018 in Evergreen Cemetery. Those attending will meet at Valley Funeral Home by 1:30 PM on Monday to go in procession. Condolences and memories may be shared with the family and viewed at www.valleyfuneralhome.net or on Facebook at https://www.facebook.com/ValleyFuneralHomeErwin. These arrangements are made especially for the family and friends of Jonathan Landon "J.L." White Jr. through Valley Funeral Home, 1085 N. Main Ave., Erwin, 423-743-9187.

The family of Jonathan "J.L." Landon White, Jr. created this Life Tributes page to make it easy to share your memories.

Send flowers to the White family.