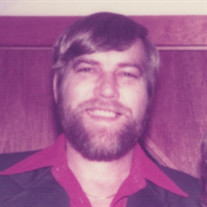 JW Tipton went home to be with the Lord as he was surrounded by family members on Tuesday, January 23, 2018 following a brief illness at the Johnson City Medical Center. JW was a native of Poplar, NC and the son of the late Maude and Charlie Tipton. JW was an active member of Pathway Free Will Baptist Church in Erwin and a member of the Erwin Masonic Lodge. JW was an active member of the Unicoi County Gas Utility District Board of Commissioners for twenty-three years and was retired from Hoover Ball and Roller where he worked for over thirty years. JW was also a bus driver for the Unicoi County School System for several years and he was a veteran of the United States Army. He was a friend to everyone he met and he loved visiting and talking to his friends. In addition to his parents, he was preceded in death by his brother, Bernie Tipton of Erwin. Survivors include his wife of 34 years Carolyn Tipton of Erwin; his daughter, Teresa Webb; his son, Brian Tipton; his granddaughter, Paige Duncan; his grandson, Noah Duncan, all of Knoxville; three step-daughters, Angela Webb of Erwin; Vicki Branum and husband, Greg, of Jonesborough; Crystal Miller and husband, Stephen, of Jonesborough. JW also leaves behind several step-grandchildren which includes Angel Foster, Terry Allen Webb, Christian Miller, Ian Miller, Haley Branum, and Tanner Branum; and five step great-grandchildren which includes Addison and Taylor Foster; Trenton, Della, and Chloe Webb. The family would like to say a special thanks to his caregivers at Johnson City Medical Center and staff at Fresenius Kidney Care. Services: A celebration of JW Tipton's life will be held in the chapel of Valley Funeral Home in Erwin on Saturday, January 27, 2018 at 7:00pm. The family will be receiving friends from 5:00 pm until time for the services to begin. Rev. Matthew Robinson and Rev. Bernie Jones will be officiating the service. A committal service with military honors will be held at 10:00 AM on Sunday, January 28, 2018 in Evergreen Cemetery. Those attending the committal service will meet at Evergreen Cemetery by 9:50 AM for the service. Condolences and memories may be shared with the family and viewed at www.valleyfuneralhome.net or on Facebook at https://www.facebook.com/ValleyFuneralHomeErwin. These arrangements are made especially for the family and friends of JW Tipton through Valley Funeral Home, 1085 N. Main Ave., Erwin, 423-743-9187.

JW Tipton went home to be with the Lord as he was surrounded by family members on Tuesday, January 23, 2018 following a brief illness at the Johnson City Medical Center. JW was a native of Poplar, NC and the son of the late Maude and Charlie... View Obituary & Service Information

The family of J.W. Tipton created this Life Tributes page to make it easy to share your memories.

JW Tipton went home to be with the Lord as he was surrounded...

Send flowers to the Tipton family.