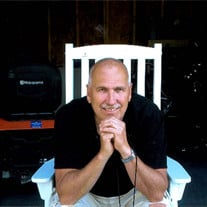 Kenneth Wade Rice, age 67, passed away on Wednesday, August 29, 2018, at his residence, Erwin, TN. Kenneth was born on November 14, 1950, in Erwin, TN, to the late Burnie and Ethel Presnell Rice. He is survived by his wife of 46 years, Wilma Bryant, and two daughters, Wendy Rice Hensley (Paul), Mindy Myers (Shannon) and three grandsons Trevor Hensley, Nicholas Hensley, and Grant Hensley. Three sisters: Veta Mabee, Debbie Higgins (Phil), and Sheila Graham (Kyle). Surviving in-laws are CJ Bryant (Donna), Barbara Stepp, Polly Peterson, Kathy Bennett (Terry), Elmer Bryant (Kathy), Anita Street (Guy), as well as many nieces and nephews. Four aunts Esther Edwards (Roy), Evelyn Ford, Irene Rice and Louise Rice. In addition to his parents, Kenneth was preceded in death by one sister, Pamela Miller, father and mother-in-law Elmer and Clara Lee Bryant, three brothers-in-law, Arnold Miller Jr., Jack Purkey, and Gary Stepp, several aunts and uncles. Kenneth was an avid sports fan and loved supporting his grandsons where he could always be found at every game keeping stats and encouraging the team. As an active participant in the Senior Olympics, he won many awards. Kenneth enjoyed playing tennis, softball, basketball, pickleball with his many friends and motorcycle riding. Additionally, Kenneth was a member of the United Association of Journeymen and Apprentices of the Plumbing and Pipe Fitting Industry of the United States for over 45 years. He retired from Local Union 538 in 2008. Kenneth served his nation as a member of the United States Navy as a Fireman on the USS Grand Canyon and received the National Defense Service Medal. Kenneth attended Marbleton Free Will Baptist Church. The family respectfully requests the honor of your presence as we offer tribute and remember the life of Kenneth W. Rice in a celebration of life service to be held at 7:00 PM on Saturday, September 1, 2018 in the chapel at Valley Funeral Home. Reverend Tim Broyles and Reverend Steve Rice will officiate. Eulogy will be presented by Wendy Rice Hensley. A visitation period to share memories and offer support to the family will begin at 5:00 PM and continue until the hour of service on Saturday, as well as other times in the home at 1450 Rock Creek Road, Erwin, TN. A committal service will be held at 2:00 PM on Sunday, September 2, 2018 in Evergreen Cemetery. Those attending should meet at Valley Funeral Home by 1:30 PM to go in procession. Serving as pallbearers will be Stan Green, Kyle Graham, Kevin Graham, Christian Watson, Spud Chaffin and Junior Smith. Honorary pallbearers will be friends from his softball team, tennis friends and pickleball friends. Condolences and memories may be shared with the family and viewed at www.valleyfuneralhome.net or on Facebook at https://www.facebook.com/ValleyFuneralHomeErwin. These arrangements are made especially for the family and friends of Kenneth Wade Rice through Valley Funeral Home, 1085 N. Main Ave., Erwin, 423-743-9187.

Kenneth Wade Rice, age 67, passed away on Wednesday, August 29, 2018, at his residence, Erwin, TN. Kenneth was born on November 14, 1950, in Erwin, TN, to the late Burnie and Ethel Presnell Rice. He is survived by his wife of 46 years, Wilma... View Obituary & Service Information

The family of Kenneth W. Rice created this Life Tributes page to make it easy to share your memories.