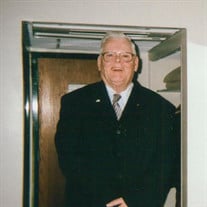 Robert Bruce (Bob) Sahli, age 78, Unicoi, Tennessee passed away on September 15, 2020 in the Johnson City Medical Center. He was born March 27, 1942 in Elizabeth, New Jersey and was the son of Wendelin Sahli and Josephine Melsam Sahli. He grew up in New Jersey and, at age 19, joined the United States Army. He served two years in Germany performing maintenance on large vehicles and disarming bombs and then served a year at Fort Dix in New Jersey. After leaving the military, Bob served as a police officer for the City of Baltimore, Maryland for 8 years and then for 9 years, first as a security officer and then a police officer, for Bethlehem Steel in Baltimore. Bob and his first wife, Mary, had four children and fostered 22 children over a period of 16 years. During that time, one 16-year old foster child nominated him for Baltimore’s Best Dad, which he won. In 1986, the Mayor of Baltimore recognized Bob with a citation for Public Service. Bob and Polly Roe Sahli, his wife of 18 years, moved to Unicoi County in August, 2004 and quickly became very active in the community. Bob served 10 years on the Town of Unicoi Planning Committee and regularly attended the Town BMA meetings. He and Polly delivered Meals on Wheels in Erwin for 3 years and then for a year and a half in the Town of Unicoi. In recent years, the couple enjoyed traveling, often with senior groups and especially by train and coach, to visit a total of 48 states. Bob was preceded in death by his parents. He is survived by wife, Polly Ann Parker Roe Sahli; daughter, Mary Jo Sahli, New Jersey; sons Bobby Sahli, Jr, and Randy Sahli, Georgia; son, Ronald Sahli, New Jersey; and sister, Bernice Sahli McLellan, Greenfield Center, New York. No public services will be held. Condolences and memories may also be shared with the family and viewed at www.valleyfuneralhome.net or on Facebook at https://www.facebook.com/ValleyFuneralHomeErwin. These arrangements are made especially for the family and friends of Robert Bruce (Bob) Sahli through Valley Funeral Home, 1085 N. Main Ave., Erwin, 423-743-9187.

Robert Bruce (Bob) Sahli, age 78, Unicoi, Tennessee passed away on September 15, 2020 in the Johnson City Medical Center. He was born March 27, 1942 in Elizabeth, New Jersey and was the son of Wendelin Sahli and Josephine Melsam Sahli. He grew... View Obituary & Service Information

The family of Robert "Bob" Sahli created this Life Tributes page to make it easy to share your memories.

Send flowers to the Sahli family.